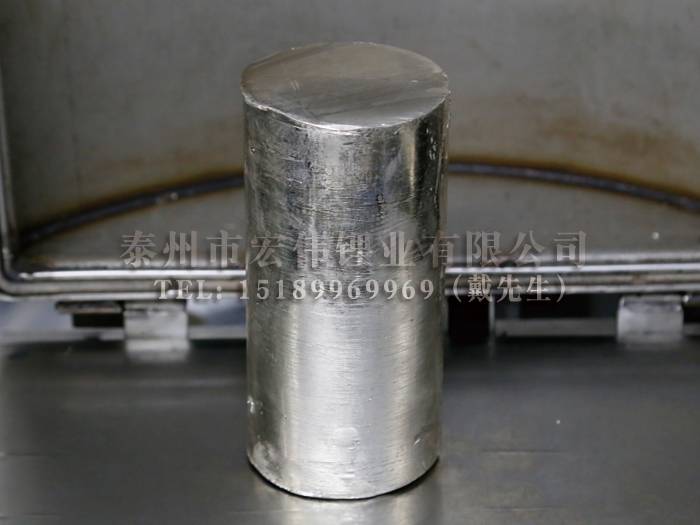 Lithium is a silver-white light metal with a density of 0.534, a melting point of 180.54 ° C, and a boiling point of 1342 ° C. Lithium is a vivid metal. At room temperature, lithium can react intensely with nitrogen and oxygen in the air. Lithium metal is soluble in liquid, and the weak acid salt of lithium is hardly soluble in water. In the alkali metal chloride, as long as lithium chloride is easily soluble in an organic solvent. Lithium is not only a light and soft metal with the highest specific heat, but it is still the lightest metal among ordinary materials that are solid at ordinary temperatures, and is generally stored in tinder or liquid wax.

Lithium is widely distributed in nature, with a uniform content of 20 × 10-6 in the earth's crust. It is distributed to varying degrees in the main types of magmatic rocks and the main types of sedimentary rocks, with a relatively high content in granite, with a uniform content of 40 × 10 -6. More than 150 lithium ores and lithium-bearing ores have been found in nature. There are more than 30 independent lithium deposits, most of which are silicates (67%) and phosphates (21.2%). Others are very less. As the mineral material for lithium production, spodumene (containing 5.8% to 8.1% of Li2O), lithium mica (containing 3.2% to 6.45% of Li2O), and phospatite (containing 7.1% to 10.1% of Li2O) Lithium feldspar (containing Li2O 2.9% to 4.8%) and iron lithium mica (containing Li2O 1.1% to 5%). The first three mineral deposits are the most important.

Lithium was first discovered by the Swedish chemist JJ Berzelius, a Swedish JARfvedson, in 1817 during an analytical study of lithium feldspar obtained from Uto. Bezirios called this new metal Lithium. In 1818, the Englishman H. Davy produced a small amount of lithium metal by electrolytic lithium carbonate. In 1855, the Germans R.W.Bunsen and A.Matthiessen made a large amount of lithium metal by electrolytic melting of lithium chloride, and discussed its properties in more detail. In 1923 Germany began industrial production of lithium. At present, the industrial production of metallic lithium uses the LiCl-KCl molten salt electrolysis method. The purity of metallic lithium obtained by this method is not less than 99%.

When you enter the "Contact Us" page, you have become our valued customer. Welcome to our website. The company mainly produces: battery-grade metal lithium | lithium belt | lithium particles | lithium aluminum alloy belt and other products. We cherish the acquaintance with each customer and serve each customer with heart. We strive to make every customer satisfied! You can contact us in the following ways.